In a new paper, the researchers report that the vaccine, which comprises fragments of the SARS-CoV-2 spike protein arrayed on a virus-like particle, elicited a strong immune response and protected animals against viral challenge.

The vaccine was designed so that it can be produced by yeast, using fermentation facilities that already exist around the world. The Serum Institute of India, the world’s largest manufacturer of vaccines, is now producing large quantities of the vaccine and plans to run a clinical trial in Africa.

“There’s still a very large population that does not have access to Covid vaccines. Protein-based subunit vaccines are a low-cost, well-established technology that can provide a consistent supply and is accepted in many parts of the world,” says J. Christopher Love, the Raymond A. and Helen E. St. Laurent Professor of Chemical Engineering at MIT and a member of the Koch Institute for Integrative Cancer Research and the Ragon Institute of MGH, MIT, and Harvard.

Love and Dan Barouch, director of the Center for Virology and Vaccine Research at Beth Israel Deaconess Medical Center (BIDMC) and a professor at Harvard Medical School, are the senior authors of the paper, which was published on March 16, 2022, in Science Advances. The paper’s lead authors are MIT graduate students Neil Dalvie and Sergio Rodriguez-Aponte, and Lisa Tostanoski, a postdoc at BIDMC.

Love’s lab, working closely with Barouch’s lab at BIDMC, began working on a Covid-19 vaccine in early 2020. Their goal was to produce a vaccine that would be not only effective but also easy to manufacture. To that end, they focused on protein subunit vaccines, a type of vaccine that consists of small pieces of viral proteins. Several existing vaccines, including one for hepatitis B, have been made using this approach.

“In places in the world where cost remains a challenge, subunit vaccines can address that. They could also address some of the hesitancy around vaccines based on newer technologies,” Love says.

Another advantage of protein subunit vaccines is that they can often be stored under refrigeration and do not require the ultracold storage temperatures that RNA vaccines do.

For their subunit vaccine, the researchers decided to use a small piece of the SARS-CoV-2 spike protein, the receptor-binding domain (RBD). Early in the pandemic, studies in animals suggested that this protein fragment alone would not produce a strong immune response, so to make it more immunogenic, the team decided to display many copies of the protein on a virus-like particle. They chose the hepatitis B surface antigen as their scaffold, and showed that when coated with SARS-CoV-2 RBD fragments this particle generated a much stronger response than the RBD protein on its own.

The researchers also wanted to ensure that their vaccine could be manufactured easily and efficiently. Many protein subunit vaccines are manufactured using mammalian cells, which can be more difficult to work with. The MIT team designed the RBD protein so that it could be produced by the yeast Pichia pastoris, which is relatively easy to grow in an industrial bioreactor.

Each of the two vaccine components — the RBD protein fragment and the hepatitis B particle — can be produced separately in yeast. To each component, the researchers added a specialized peptide tag that binds with a tag found on the other component, allowing RBD fragments to be attached to the virus particles after each is produced.

Pichia pastoris is already used to produce vaccines in bioreactors around the world. Once the researchers had their engineered yeast cells ready, they sent them to the Serum Institute, which ramped up production rapidly.

“One of the key things that separates our vaccine from other vaccines is that the facilities to manufacture vaccines in these yeast organisms already exist in parts of the world where the vaccines are still most needed today,” Dalvie says.

Once the researchers had their vaccine candidate ready, they tested it in a small trial in nonhuman primates. For those studies, they combined the vaccine with adjuvants that are already used in other vaccines: either aluminum hydroxide (alum) or a combination of alum and another adjuvant called CpG.

In those studies, the researchers showed that the vaccine generated antibody levels similar to those produced by some of the approved Covid-19 vaccines, including the Johnson and Johnson vaccine. They also found that when the animals were exposed to SARS-CoV-2, viral loads in vaccinated animals were much lower than those seen in unvaccinated animals.

For that vaccine, the researchers used an RBD fragment that was based on the sequence of the original SARS-CoV-2 strain that emerged in late 2019. That vaccine has been tested in a phase 1 clinical trial in Australia. Since then, the researchers have incorporated two mutations (similar to ones identified in the natural Delta and Lambda variants) that the team previously found to improve production and immunogenicity compared to the ancestral sequence, for the planned phase 1/2 clinical trials.

The approach of attaching an immunogen RBD to a virus-like particle offers a “plug and display”-like system that could be used to create similar vaccines, the researchers say.

“We could make mutations that were seen in some of the new variants, add them to the RBD but keep the whole framework the same, and make new vaccine candidates,” Rodriguez-Aponte says. “That shows the modularity of the process and how efficiently you can edit and make new candidates.”

If the clinical trials show that the vaccine provides a safe and effective alternative to existing RNA vaccines, the researchers hope that it could not only prove useful for vaccinating people in countries that currently have limited access to vaccines, but also enable the creation of boosters that would offer protection against a wider variety of SARS-CoV-2 strains or other coronaviruses.

“In principle, this modularity does allow for consideration of adapting to new variants or providing a more pan-coronavirus protective booster,” Love says.

Researchers from the Serum Institute and SpyBiotech also contributed to the paper. The research was funded by the Bill and Melinda Gates Foundation and the Koch Institute Support (core) Grant from the National Cancer Institute. 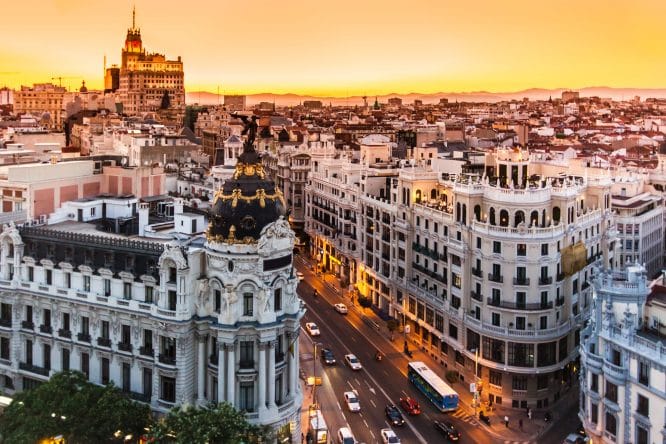