Locked in an epic cosmic waltz 9 billion light years away, two supermassive black holes appear to be orbiting around each other every two years. The two giant bodies each have masses that are hundreds of millions of times larger than that of our sun, and the objects are separated by a distance roughly 50 times that which separates our sun and Pluto. When the pair merge in roughly 10,000 years, the titanic collision is expected to shake space and time itself, sending gravitational waves across the universe.

A Caltech-led team of astronomers has discovered evidence for this scenario taking place within a fiercely energetic object known as a quasar. Quasars are active cores of galaxies in which a supermassive black hole is siphoning material from a disk encircling it. In some quasars, the supermassive black hole creates a jet that shoots out at near the speed of light. The quasar observed in the new study, PKS 2131-021, belongs to a subclass of quasars called blazars in which the jet is pointing toward the Earth. Astronomers already knew quasars could possess two orbiting supermassive black holes, but finding direct evidence for this has proved difficult.

Two supermassive black holes are seen orbiting each other in this artist’s loopable animation. The more massive black hole, which is hundreds of millions times the mass of our sun, is shooting out a jet that changes in its apparent brightness as the duo circles each other. Astronomers found evidence for this scenario in a quasar called PKS 2131-021 after analyzing 45-years-worth of radio observations that show the system periodically dimming and brightening. The observed cyclical pattern is thought to be caused by the orbital motion of the jet. Credit: Caltech/R. Hurt (IPAC)

Reporting in The Astrophysical Journal Letters, the researchers argue that PKS 2131-021 is now the second known candidate for a pair of supermassive black holes caught in the act of merging. The first candidate pair, within a quasar called OJ 287, orbit each other at greater distances, circling every nine years versus the two years it takes for the PKS 2131-021 pair to complete an orbit.

The telltale evidence came from radio observations of PKS 2131-021 that span 45 years. According to the study, a powerful jet emanating from one of the two black holes within PKS 2131-021 is shifting back and forth due to the pair’s orbital motion. This causes periodic changes in the quasar’s radio-light brightness. Five different observatories registered these oscillations, including Caltech’s Owens Valley Radio Observatory (OVRO), the University of Michigan Radio Astronomy Observatory (UMRAO), MIT’s Haystack Observatory, the National Radio Astronomy Observatory (NRAO), Metsähovi Radio Observatory in Finland, and NASA’s Wide-field Infrared Survey Explorer (WISE) space satellite.

Artist’s animation of a supermassive black hole circled by a spinning disk of gas and dust. The black hole is shooting out a relativistic jet—one that travels at nearly the speed of light. Credit: Caltech/R. Hurt (IPAC)

The combination of the radio data yields a nearly perfect sinusoidal light curve unlike anything observed from quasars before.

“When we realized that the peaks and troughs of the light curve detected from recent times matched the peaks and troughs observed between 1975 and 1983, we knew something very special was going on,” says Sandra O’Neill, lead author of the new study and an undergraduate student at Caltech who is mentored by Tony Readhead, Robinson Professor of Astronomy, Emeritus.

La mayoría de las galaxias, si no todas, tienen monstruosos agujeros negros en sus núcleos, incluida la nuestra.[{» attribute=»»>Milky Way galaxy. When galaxies merge, their black holes “sink” to the middle of the newly formed galaxy and eventually join together to form an even more massive black hole. As the black holes spiral toward each other, they increasingly disturb the fabric of space and time, sending out gravitational waves, which were first predicted by Albert Einstein more than 100 years ago.

The National Science Foundation’s LIGO (Laser Interferometer Gravitational-Wave Observatory), which is managed jointly by Caltech and MIT, detects gravitational waves from pairs of black holes up to dozens of times the mass of our sun. However, the supermassive black holes at the centers of galaxies have millions to billions of times as much mass as our sun, and give off lower frequencies of gravitational waves than those detected by LIGO.

Three sets of radio observations of the quasar PKS 2131-02, spanning 45 years, are plotted here, with data from Owens Valley Radio Observatory (OVRO) in blue; University of Michigan Radio Astronomical Observatory (UMRAO) in brown; and Haystack Observatory in green. The observations match a simple sine wave, indicated in blue. Astronomers believe that the sine wave pattern is caused by two supermassive black holes at the heart of the quasar orbiting around each other every two years. (A period of five years was actually observed due to a Doppler effect caused by the expansion of the universe.) One of the black holes is shooting out a relativistic jet that dims and brightens periodically. Note that data from OVRO and UMRAO match for the peak in 2010, and the UMRAO and Haystack data match for the peak in 1981. The magnitudes of the peaks observed around 1980 are twice as large as those observed in recent times, presumably because more material was falling towards the black hole and being ejected at that time. Credit: Tony Readhead/Caltech

In the future, pulsar timing arrays—which consist of an array of pulsing dead stars precisely monitored by radio telescopes—should be able to detect the gravitational waves from supermassive black holes of this heft. (The upcoming Laser Interferometer Space Antenna, or LISA, mission would detect merging black holes whose masses are 1,000 to 10 million times greater than the mass of our sun.) So far, no gravitational waves have been registered from any of these heavier sources, but PKS 2131-021 provides the most promising target yet.

In the meantime, light waves are the best option to detect coalescing supermassive black holes.

The first such candidate, OJ 287, also exhibits periodic radio-light variations. These fluctuations are more irregular, and not sinusoidal, but they suggest the black holes orbit each other every nine years. The black holes within the new quasar, PKS 2131-021, orbit each other every two years and are 2,000 astronomical units apart, about 50 times the distance between our sun and Pluto, or 10 to 100 times closer than the pair in OJ 287. (An astronomical unit is the distance between Earth and the sun.) Readhead says the discoveries unfolded like a “good detective novel,” beginning in 2008 when he and colleagues began using the 40-meter telescope at OVRO to study how black holes convert material they “feed” on into relativistic jets, or jets traveling at speeds up to 99.98 percent that of light. They had been monitoring the brightness of more than 1,000 blazars for this purpose when, in 2020, they noticed a unique case.

“PKS 2131 was varying not just periodically, but sinusoidally,” Readhead says. “That means that there is a pattern we can trace continuously over time.” The question, he says, then became how long has this sine wave pattern been going on?

The research team then went through archival radio data to look for past peaks in the light curves that matched predictions based on the more recent OVRO observations. First, data from NRAO’s Very Long Baseline Array and UMRAO revealed a peak from 2005 that matched predictions. The UMRAO data further showed there was no sinusoidal signal at all for 20 years before that time—until as far back as 1981 when another predicted peak was observed.

“The story would have stopped there, as we didn’t realize there were data on this object before 1980,” Readhead says. “But then Sandra picked up this project in June of 2021. If it weren’t for her, this beautiful finding would be sitting on the shelf.”

O’Neill began working with Readhead and the study’s second author Sebastian Kiehlmann, a postdoc at the University of Crete and former staff scientist at Caltech, as part of Caltech’s Summer Undergraduate Research Fellowship (SURF) program. O’Neill began college as a chemistry major but picked up the astronomy project because she wanted to stay active during the pandemic. “I came to realize I was much more excited about this than anything else I had worked on,” she says.

With the project back on the table, Readhead searched through the literature and found that the Haystack Observatory had made radio observations of PKS 2131-021 between 1975 and 1983. These data revealed another peak matching their predictions, this time occurring in 1976.

“This work shows the value of doing accurate monitoring of these sources over many years for performing discovery science,” says co-author Roger Blandford, Moore Distinguished Scholar in Theoretical Astrophysics at Caltech who is currently on sabbatical from Stanford University. Readhead compares the system of the jet moving back and forth to a ticking clock, where each cycle, or period, of the sine wave corresponds to the two-year orbit of the black holes (though the observed cycle is actually five years due to light being stretched by the expansion of the universe). This ticking was first seen in 1976 and it continued for eight years before disappearing for 20 years, likely due to changes in the fueling of the black hole. The ticking has now been back for 17 years.

“We knew this beautiful sine wave had to be telling us something important about the system,” Readhead says. “Roger’s model shows us that it is simply the orbital motion that does this. Before Roger worked it out, nobody had figured out that a binary with a relativistic jet would have a light curve that looked like this.”

Says Kiehlmann: “Our study provides a blueprint for how to search for such blazar binaries in the future.”

The Astrophysical Journal Letters study titled “The Unanticipated Phenomenology of the Blazar PKS 2131-021: A Unique Super-Massive Black hole Binary Candidate” was funded by Caltech, the Max Planck Institute for Radio Astronomy, NASA, National Science Foundation (NSF), the Academy of Finland, the European Research Council, ANID-FONDECYT (Agencia Nacional de Investigación y Desarrollo-Fondo Nacional de Desarrollo Científico y Tecnológico in Chile), the Natural Science and Engineering Council of Canada, the Foundation for Research and Technology – Hellas in Greece, the Hellenic Foundation for Research and Innovation in Greece, and the University of Michigan. Other Caltech authors include Tim Pearson, Vikram Ravi, Kieran Cleary, Matthew Graham, and Tom Prince. Other authors from the Jet Propulsion Laboratory, which is managed by Caltech for NASA, include Michele Vallisneri and Joseph Lazio. 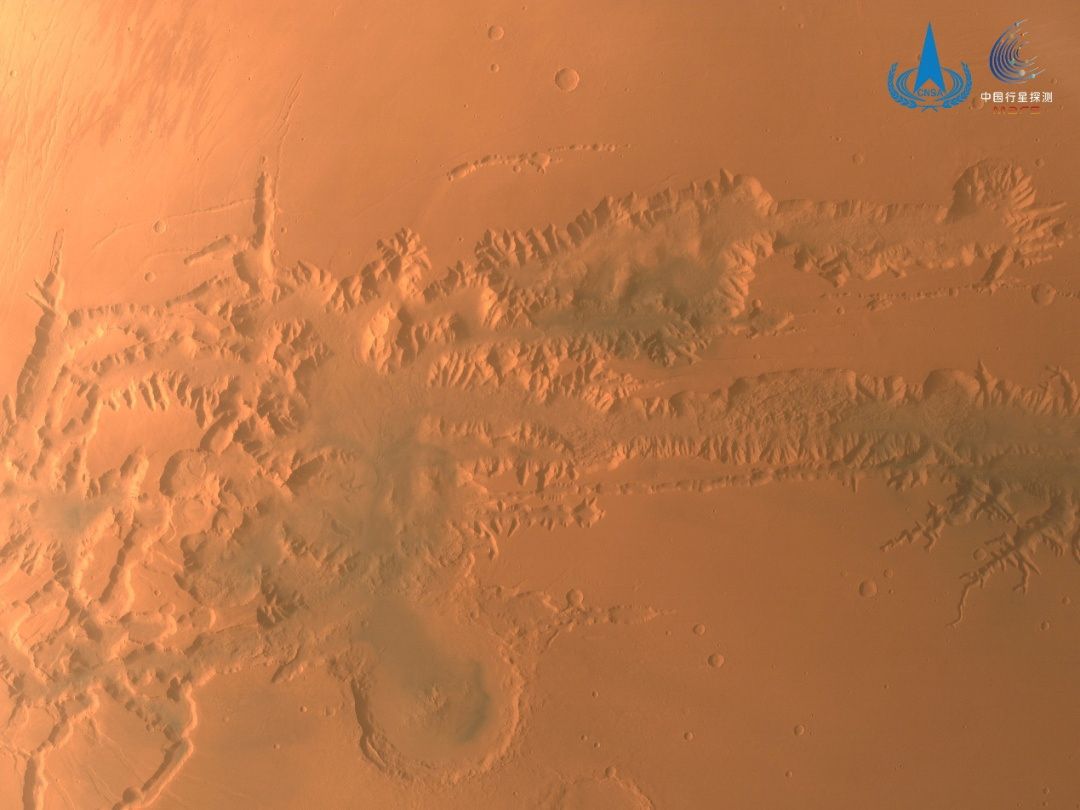 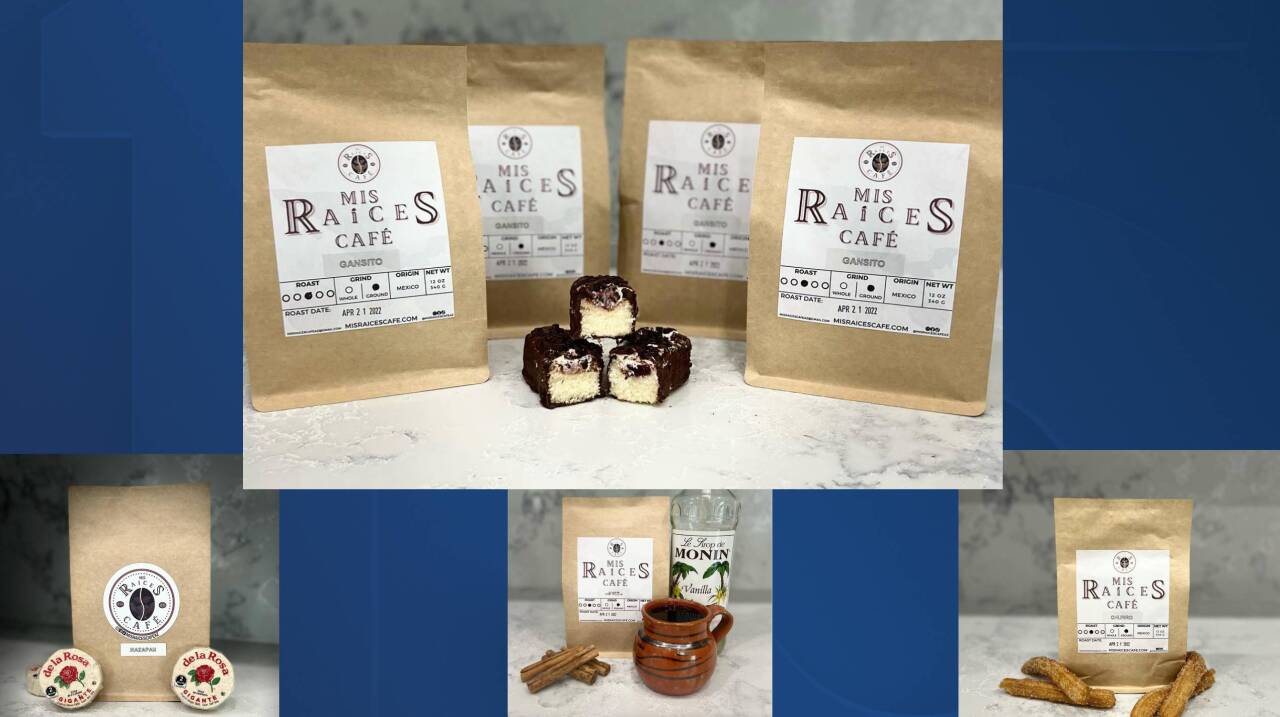 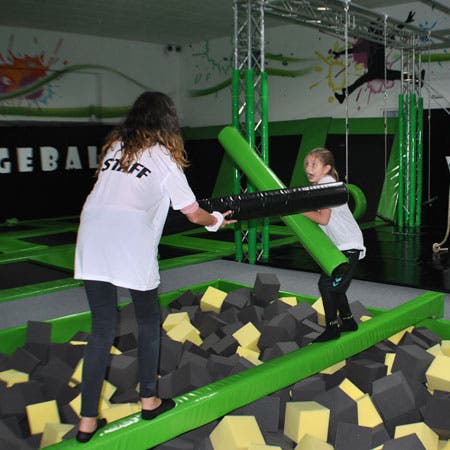 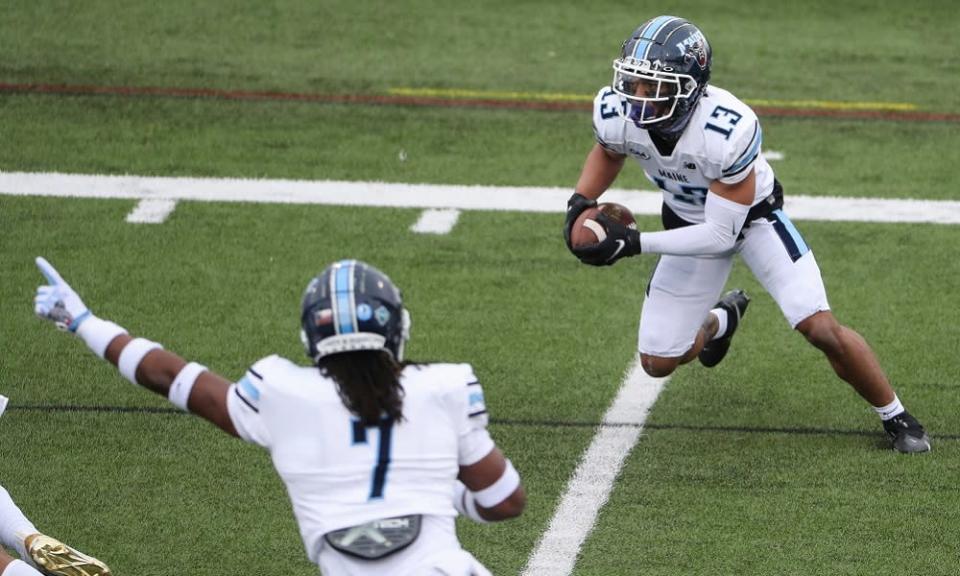